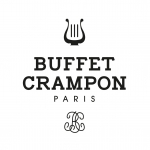 Since its founding in 1994, the ZEMLINSKY QUARTET has become a much lauded example of the Czech string quartet tradition. The quartet has won the First Grand Prize in the Bordeaux String Quartet Competition (2010) In 2016/17, Zemlinsky Quartet was appointed as the residential ensemble of the Czech Chamber Music Society. So far, the Zemlinsky Quartet has toured extensively in four continents. The repertoire of the ensemble is far ranging containing more than 200 works by many leading composers, including contemporary music. The group now gives numerous master classes to students of any age. In 2006-11, the quartet served as Assistant Quartet-in-Residence at Musikakademie Basel in Switzerland.

The Flanders Symphony Orchestra fulfills an exemplary role in creating outreach projects, educational projects as well as projects focusing on the development of young and talented musicians, composers, and conductors. The orchestra makes music from both past and present accessible to as wide and diverse an audience as possible in Flanders and beyond.
The orchestra was founded in 1960 by engineer Dirk Varendonck, also the orchestra’s first conductor. From 1984 onwards the orchestra was conducted by Patrick Peire, Robert Groslot and Fabrice Bollon. The orchestra went through a thorough reformation in the mid-1990s. Principal conductors have included David Angus, Etienne Siebens, Seikyo Kim and Jan Latham-Koenig. As from the concert season 2019-20, Kristiina Poska is the new chief conductor of the Flanders Symphony Orchestra.
Thanks to its own concert series in all major venues of Flanders and Brussels, the orchestra succeeds in reaching a large and loyal audience. In addition, the orchestra is a welcome guest at international venues and festivals.