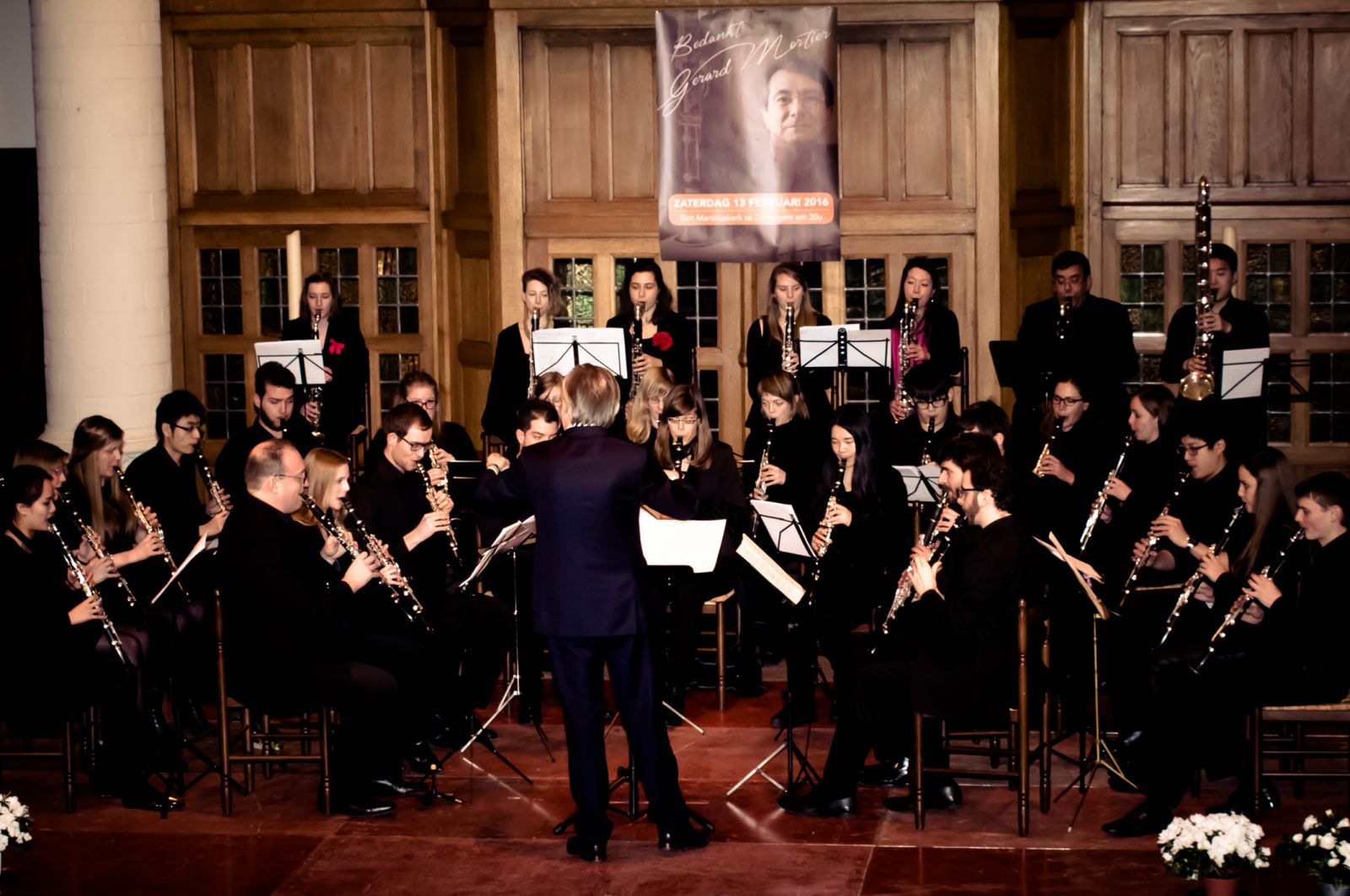 The International Clarinets is one of the most famous clarinetchoirs in the world. It was founded by the Belgian clarinet virtuoso Eddy Vanoosthuyse. The ensemble is composed only of his (former) students of the University College Ghent - School of Arts (Royal Conservatory) and the Fontys Academy for Fine and Performing Arts in Tilburg (NL). Because of the great international attraction interest in his studio, over the years, the choir has had musicians from Belgium, The Netherlands, France, Spain, Portugal, Italy, Hungary, Bulgaria, Lithuania, Iceland, Finland, Germany, Ukraine, Turkey, USA, Canada, Mexico, Venezuela, Chile, Argentina, China, Korea, Thailand, Japan, South Africa and Israël. The International Clarinets brings original work (Goddaer, Decancq, Bozza, Reich, Breways,...) and transcriptions of mainly symphonic music, such as the Festive Ouverture/Sjostakovich, Till Eulenspiegel/Strauss, Willem Tell/Rossini, Toccata and Fuga/Bach,... The reperoire contains also a number of concertos like those by Molter, Stamitz, Weber, Bassi, Finzi, Copland, Seiber,... The group works together with clarinetists as Eddie Daniels, Larry Combs and Wenzel Fuch, but also with organists, singers, trumpetplayers, pianists,... The International Clarinets recorded 2 CD's and performed in Belgium, The Nederlands, France, Spain, Italy and the USA.